Sveti Ivan (Saint Ivan or in Dutch Sint Vitus) is a moment to tell a bit about.
Celebrating this saint, one of the so many in catholic church that are all celebrated here in Croatia, is mixed with an old tradition to create a large fire to jump over it.
The jumps must be done three times, and everytime one has to shout out an old phrase:
od ivana do ivana
gre gre gre
da me ruke, noge i glava
nikada ne zabole.

The meaning of it all is to "ask" this saint to protect you from breaking your legs, arms, head, but as far as I can remember I did three jumps, I shouted out loud those words, but still today I had a gigantic headache (in modern medicine called a true hangover).

Since we have a lot of open land, it's safe to start a fire here, still being carefull not to start a wildfire !!, and enough space to seat all friends and neighbours be
invited, as jumping over a fire may be nice (or usefull), it's even better to roast
some meat, and join in an open air party (25 degrees C. at night), with of course
enough alcoholic "wetties" to keep you totally numb the next day (me at least).

And of course, as this is DALMACIJA, there is lot of singing, every song sang along by everyone, accompanied by an accordeon, and each and every song with a longer if not long history.
The country may be getting ready to join the European Union (which is a good thing in my opinion), it still holds a tight connection to its values and traditions.
And that is also something that is of the highest importance !!
Let's move into a new era, where a vital economy can help people to make a
good living, still, hold on tight to those fantastic traditions that make Croatia
unique and worth to be living in.
Thanks to all our neighbours and friends in Svinisce, who joined the party and added to it with some bottles and more important, with their best mood and a lot of songs.


(ps. this text is a bit "out of control", next one will be edited as usual). 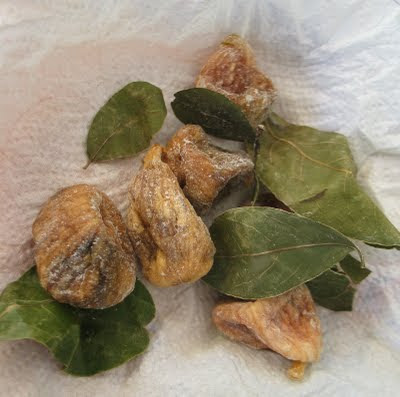 Forget it, as these figs, locally picked and dried are not on the market.
Each neighbour here produces a lot of private food and drinks, all of it grown on their own land, carefully taken care of and as little artificial additives as possible (why kill yourselve ?).

These figs, growing all around here, cultivated or in the wild, are handpicked, dried carefully in the sun, turning them upside down day after day.
When the sun goes down or when rain is expected they stay inside, waiting for another day in the sun.

After some time they are ready for the next step, dipping them three times rapidly in salty Adriatic seawater.
Three times, no more, no less, and back into the sun again.

When perfectly dry (it takes a skilled eye), they are packed in thick paper bags (no plastic, it must be brown paper), with between every portion some leaves of laurel, also growing here like "asphalt in a city".

The result is absolutely fantastic, sweet with a memory of salt in it, riche an delicate, nutricious and an excellent cure for those who have a "bathroom-problem".

Commonly the day here is started with a couple of these, a glass of travarica (homemade booze with herbs), and believe me, there are lesser ways to start your day.