Hi all of you interested followers around the world.

As you may have noticed I almost didn't add any new posts here.
For those who thought Svinisce disappeared from the earth,
don't worry,
it's still here, just five minutes behind Omis.

To be precise, it's still driving along the Cetina towards restaurant Kastil Slanica on your left, and a little further,
up the mountain road on your right.

So any of you who wants to see where I wrote those previous 393 pages about Svinisce, it's HERE !!!
Yes indeed, 393 pages, stories, pictures, mostly about this tiny village.
I had a lot of fun creating them, and so did you, reading it all.

To all of you now crying over your computer, don't worry, I might add some pages here too, but when, what or how,
I don't guarantee anything.

All I can advice is to come to Dalmatia, and follow some of my steps.
Don't just stay at the beach, get out,
and go discover all the things I shared with you.

It made me a most happy person, and I hope you will be too.

enjoy the sun but stay safe.

Dalmatia is fantastic.
A very pleasant climate and a stunning coast.
Lot's of sunshine and numerous places to enjoy it at the Adriatic.

Lot's of beaches, like in Omis, Makarska, Split or Trogir,
and if there's no sandy beach, any flat peace of rock invites you to relax in the sun between diving into the cleanest, clearest, móst beautiful sea. 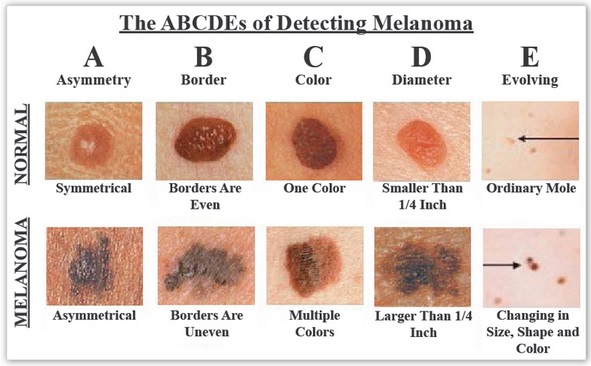 Careful however, as sunny weather can also be risky weather if you are not aware of it.
Not to frighten you, but better safe than sorry, check after summer if there are any skin defects that need medical attention.

Of course you use sun protection, especially for kids.

To make things easy, here's a simple way to do a basic check yourself.

And if in doubt, ALWAYS see your docter. Biokovo, a year round beauty 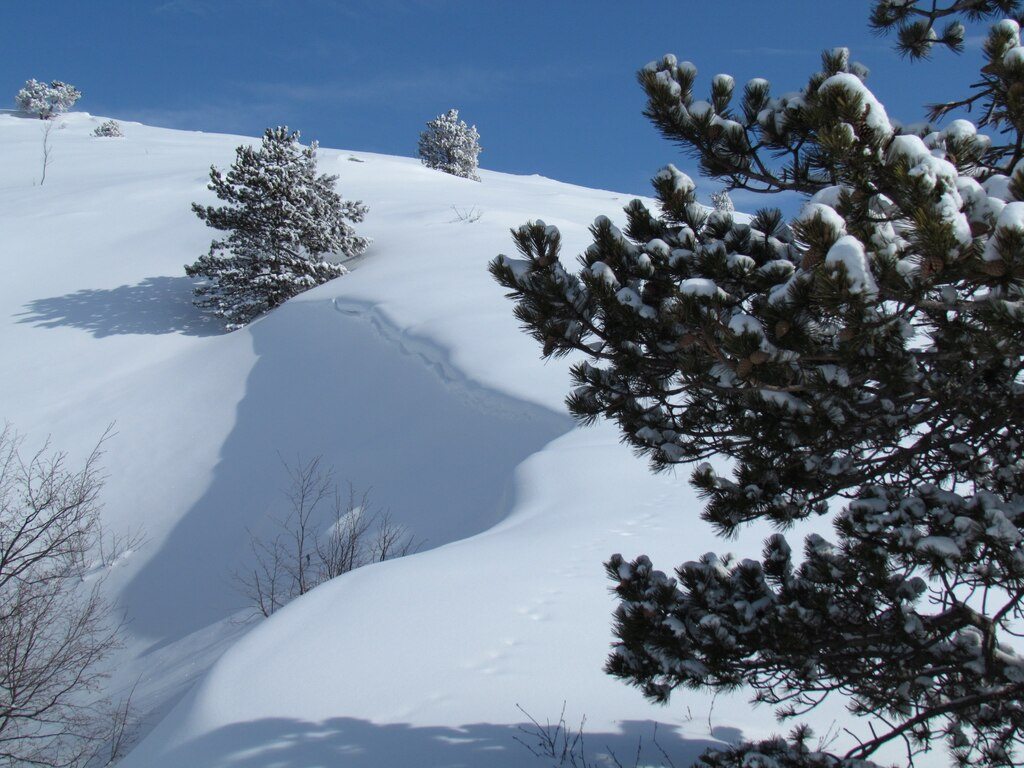 Text and picture from:
www.biokovo.eu

Biokovo (nature park) is the largest and highest mountain in Dalmatia (Croatia).
It rises vertically from the Adriatic Coast to height of 1762 m.
Because of it’s geographical position,
Biokovo is a mountain that has continental as well as Mediterranean climate,
so various plant species of both worlds meet and live next to each other.
There are lot of caves and pits around Biokovo and very often one can meet wild mouflons, wild goats as well as various bird species, wild boars, wolves, snakes, foxes, etc.
Some migrating bears seem to have been spotted, but that's still not confirmed.
The views from Biokovo are spectacular, on the clear day one can see a number of Dalmatian islands as well as large part of Dalmatian coast to the south, and to the north, towns of Vrgorac and Imotski and their surrounding villages.

Sometimes, on exceptionally clear days,
it’s even possible to see Monte Gargano's peak in Italy, more than 200 km away.
The coastal town of Makarska, that lies on the very south edge of Biokovo is seen from Biokovo as an amazing bay with tiny little houses placed in the rows around it.
The nature park Biokovo dominating above Makarska Riviera,
is the good destination for botanists as well as walkers and cyclists.
The beauty of Biokovo has always attracted explorers and visitors
and you are likely to be thrilled too.
There are over thirty marked trails leading up the mountain on the seaward side
and eight on the landward side.
On your way up, you will pass ancient villages on the foothills of the magnificent rocky mountain: Gornja Brela, Topici, Bast, Veliko Brdo, Makar, Kotisina, Gornje Tucepi,
Gornja Podgora and Gornje Igrane on the seaward side, and Kozica, Rascane, Zupa, Biokovsko Selo, Rastovac, Zagvozd and Zadvarje on the north side of the mountainrange.

A main hiking trail transverses the mountain -
the Biokovo Mountain Trail with its twenty control points.
However, one should not forget that Biokovo deserves full respect
and therefore should be well prepared for the ascent.
The weather conditions can change in a moment, no surface water !!! is to be found
and any deviation from the marked trail entails some risk.
Hiking boots, backpack, spare clothing, raincoat, drinking water,
some food and a good map of the Park are items you will surely need.
Climbing the steepest ascent in Croatian mountains at dawn,
you will be surprised to learn that the people of Biokovo once used the same trails to carry hay and potatoes or drive their livestock to pasture.
And before freezers existed, ice from deep inside the northern caves was harvested
and transported down to the coast.

Biokovo is a mountain that one can visit either by car or bicycle as well as on foot from various parts of Adriatic coast and Makarska Riviera.
Best is to go early, as temperatures on the coastal slopes can get pretty high.
Still, Biokovo is a year round spectacular experience,
especially when leaving the main road.

I'll be back next spring 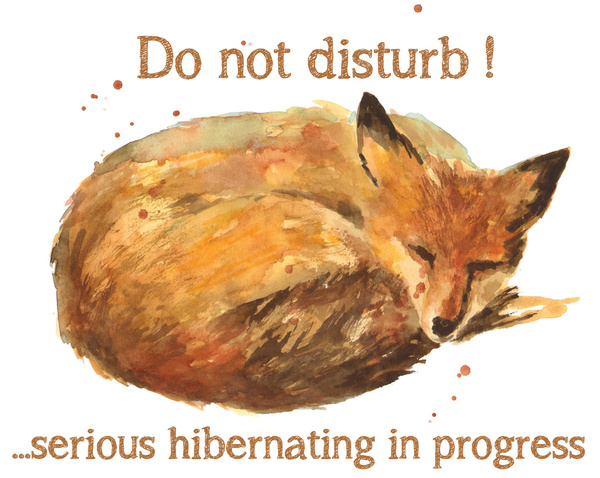 No big deal, but I was in hospital with a serious pneumonia,
my camera is out of order (so, no pictures),
the weather still a bit "refreshing,"
and a trillion things to do in our house.

All in all enough reasons to say: 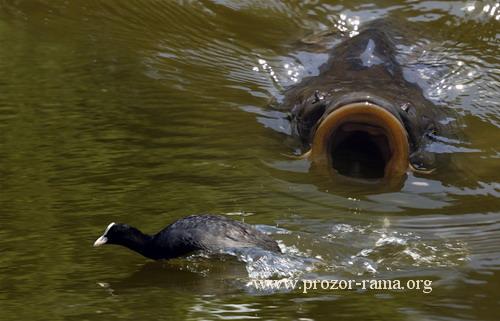 Scrolling for some details about a route from Split to Prozor-Rama,
(which I found).
I also stumbled over this truly amazing picture.

Not sure you'll find this fish nor the bird, you'll be surprised about all other natural beauty.
I can tell you a trip into Bosnia-Herzegovina is absolutely worth a day (or even more).

Reason I was looking for some details is that this trip also for me is a treat, and it's always worth it to discover hidden gems.
Which there are, in for instance Grabovice !!

It's hard to explain hów beautifull, but do like I did, scroll the website below, and plan a trip crossing the border, and you'll understand why I frequently drive it.

Many details, in English, can be found at:
http://www.stazagospisinjskoj.eu/index.php/en/

shit happens, even in Dalmatia 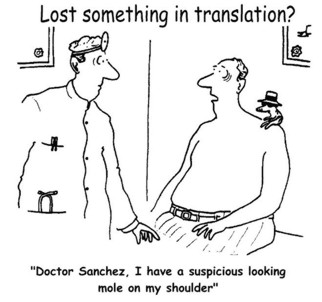 So there I was, lying in a Dalmatian hospital in Split.
As that was the only safe place for me, having a severe pneumonia.

Being a bit ignorant ánd stubborn, I ignored all signs my body was giving me, so after a week or so with "minor" inconveniences and a rising temperature, the point of no return was reached.
Whatever you may think of nice, pleasantly warm Dalmatia,
a body temperature of 40 C. is a bit high indeed.

So there I went, from first aid (hitno pomoc) to hospital (bolnica),
with all care and medication one can wish for.

I've seen more doctors, nurses, assistant nurses and additional staff at, over and even under my bed these two weeks,
than in all of my previous life.
(The "under"-part was the daily cleaning job,
keeping the room as sterile as possible).

To tell you in short, doctors and specialists in Splits hospital are excellent, as are the nurses.
Most of them even speak some (or even some more) English or German, so don't worry you loose the wrong leg.
(Which is a blessing for a Dutchman in a Croatian hospital).

But even thán, communicating under "less common" conditions,
ánd the lack of experience in foreign hospitals, is prone to lead to some miscommunications.
Which I must admit, did happen, however it was only at the point that I thought I was declared fit to leave the hospital,
and (thought I) understood the procedures.
Wróng, as this still is Croatia, with loads of (necessairy ???) paperwork.

So I hope I did not offend some doctors with my typical "let's gó" Dutch behaviour, as they did cure my illness in a highly professional way, while I sneaked out of hospital in a somewhat less Croatian style.
(As when I heard I was cured and fit to leave I did not have the patience to wait another uncertain amount of time
for the traditional truckload of paper).

Understanding or misunderstanding, I was extrémely happy to be home in Svinisce again, healthy as an (old) horse,
thanks to all medical staff in KBC Split.
And that pile of paper, it seems I have to pick it up as soon as possible, which I will do of course.

So should you, as shit happens to others too, land in hospital here,
be absolutely sure you get all necessairy high standard medical care. 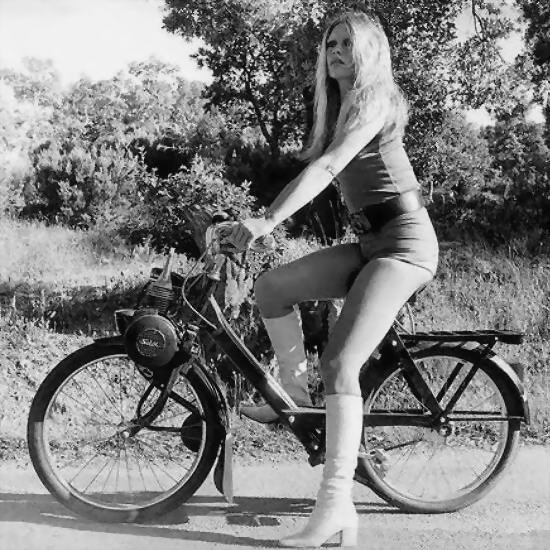 Leaving an old year behind, heading for a new one.
Whatever you may think, 2014 was a year to remember,
and in another 365 days also 2015 is history.

Let's wish 2015 is worth to remember,
as good things are worth it.

PS.
On the picture a woman and a vehicle to never forget.
Happy New Year.

(Brigitte Bardot and a Solex).